on March 04, 2020
Realme 6 Pro, Realme 6, Realme Band Launch in India Today: Expected Price, Specifications
Realme 6 series is set to launch in India today. The new smartphone series, which will include the Realme 6 and Realme 6 Pro, will come with a hole-punch design and include a 90Hz display. The Realme 6 and Realme 6 Pro will also offer multiple rear cameras. While the Realme 6 is rumoured to come with a MediaTek SoC, the Realme 6 Pro could include a Qualcomm chip. Alongside the Realme 6 phones, the Chinese company is launching the anticipated Realme Band. The launch was initially planned at a physical location. However, Realme ultimately decided to cancel the original plan and host an online-only launch instead -- thanks to concerns over the coronavirus outbreak. Read on for all details of the Realme 6 launch, including its live stream timings and expected specifications. 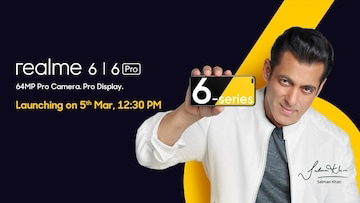 Realme 6 Pro, Realme 6 price in India (rumoured)
The Realme 6 Pro price in India will start at Rs. 13,999, while the Realme 6 price will begin at Rs. 9,999, as per a recent report. Both Realme phones are likely to be available for purchase through Flipkart and the Realme.com website soon after their launch. However, offline availability of the handsets would also be announced during the live stream.
Realme 6 Pro specifications (expected)
The Realme 6 Pro is teased to have a 90Hz full-HD+ display and come with a dual hole-punch selfie camera. The phone will also be powered by a quad rear camera setup along with a 64-megapixel primary sensor and 20x zoom support. Further, it will have 30W Flash Charge fast charging technology. The Realme 6 Pro is also rumoured to have the Qualcomm Snapdragon 720G SoC. 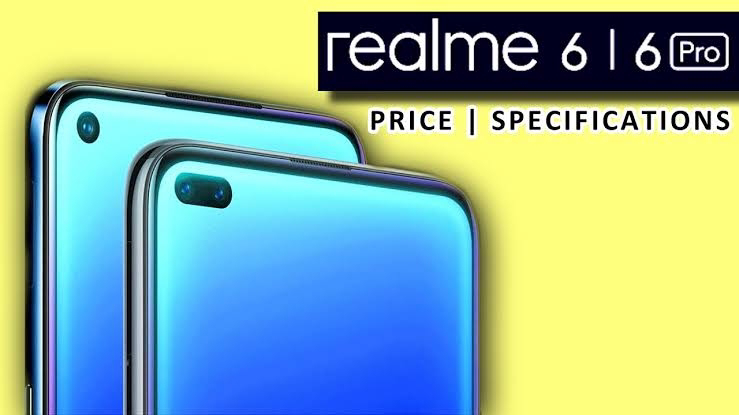 Realme 6 specifications (expected)
Similar to the Realme 6 Pro, the Realme 6 will come with a 90Hz display. The smartphone will also include multiple rear cameras and come with 30W Flash Charge technology. Some teaser images have also suggested a single selfie camera on the hole-punch display design. Besides, the Realme 6 is rumoured to have a MediaTek Helio G90 SoC.
realme 6 realme 6 pro 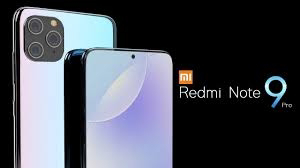 
Redmi Note 9 series will be officially announced on March 12 via an online event. The next-generation Note devices from Redmi will bring more advanced features than on their prequels. According to a new tip on Weibo, the Redmi Note 9 Pro will be the first smartphone to rock the MediaTek Dimensity 800 processor while the Redmi Note 9 is, separately, rumoured to be powered by a Snapdragon 720G processor. Additionally, a concept render of the Redmi Note 9 Pro has surfaced on the Internet that shows its entire look. 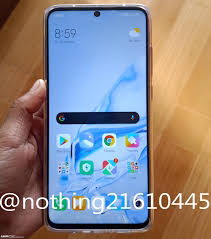